This feature is in BETA Phase.

When and Why to use the Preview & Transfer option?

Staging is our Development environment and Production is our Live environment

Transferring your Business from Staging to Production

The Business Manager is responsible for the configuration of multiple key characteristics of the bot such as the appearance of the bot, bot break messages, deployment settings, bot prompts, and task boxes. Hence, the business needs to be transferred to the production environment.

You can click on the Transfer button as shown in the below image.

The Business should be transferred again if there are modifications made after the Business is live.

Transferring your Bot from Staging to Production 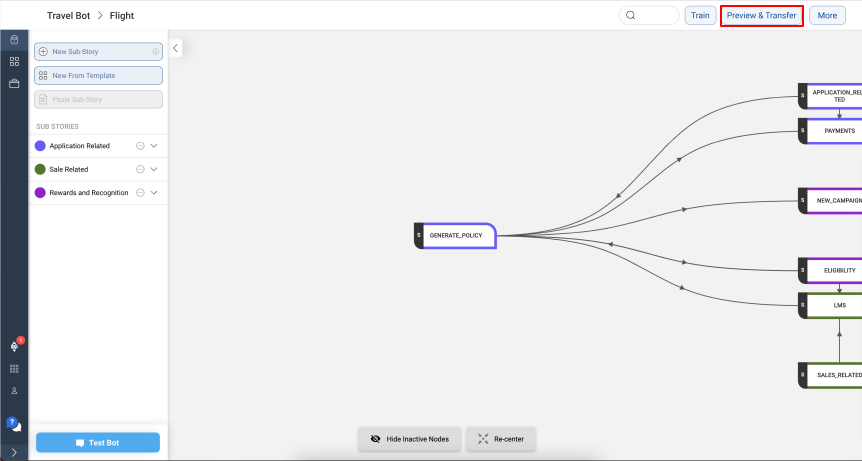 Once the bot is built and has passed the functional testing, you can transfer the bot to production.

Click on the Preview & Transfer button. You will see a modal that generates a preview of changes as seen below -

The modal will display the changes that were made to the bot.

The modal has 3 sections - 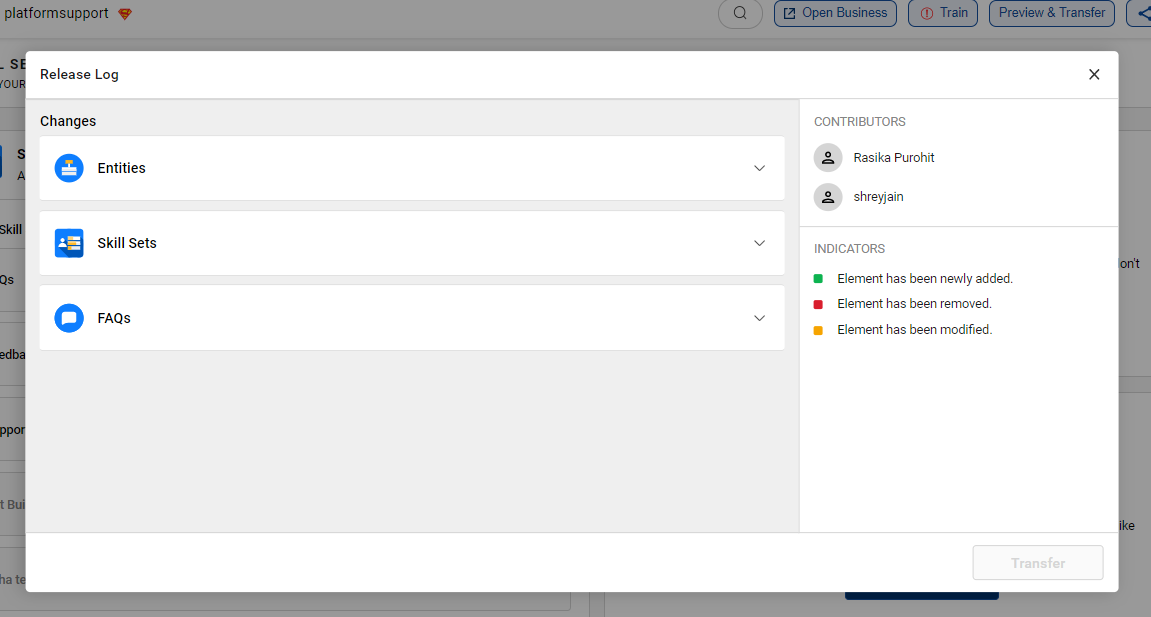 In the Contributors section, you will see all the users who have made changes to the bot.

There are different indicators to denote different types of changes made on the bot.

When you hover over the indicators in the Change section, you will be able to check the actions taken by the Contributor along with the timestamp.

When a user had added a new element such as a new entity, new Skill Set, and so on, the indicator in the Changes section will be green.

When some element had been deleted such as deleting a connection, the indicator in the Changes section will be red.

When there are small edits made to any element such as the bot says of a node, the indicator in the Changes section for that particular element will be yellow.

When there are edits made to the already existing entity, the indicator will be yellow.

When a user is creating and adding a new entity, the indicator will be green.

In the Skill Set section, you will be able to see the changes made to -

For all the newly created nodes in the FAQ section, the indicator will be green.

When a contributor has edited an already existing node, the indicator will be yellow.

When someone is trying to transfer an empty bot i.e. a bot where Skill Set and Skill is not created and when there are no changes made to the bot since the last transfer, you will see a pop-up as shown below - 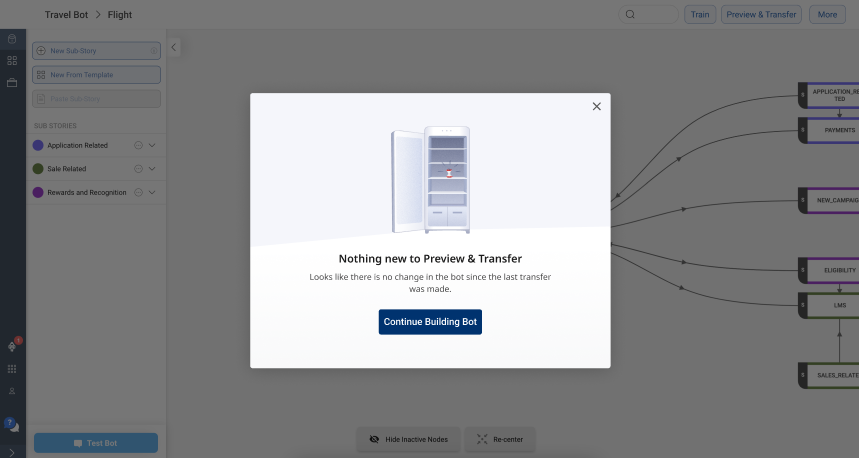 When another Contributor has saved new changes on the bot at the same time when you initiated the transfer, you will get a pop-up indicating the same. You can refresh the preview to see the new changes or go ahead with the transfer. 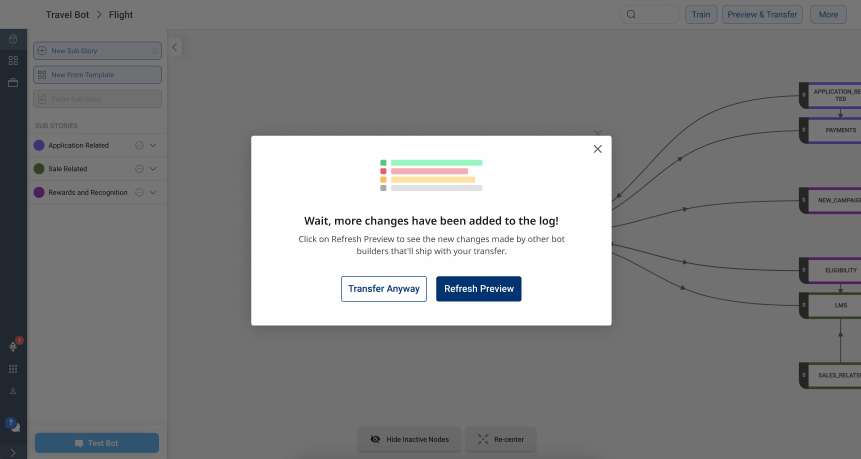 Click on the Transfer Now button once you have reviewed the changes. All the details and changes of the bot will be transferred to the production environment. 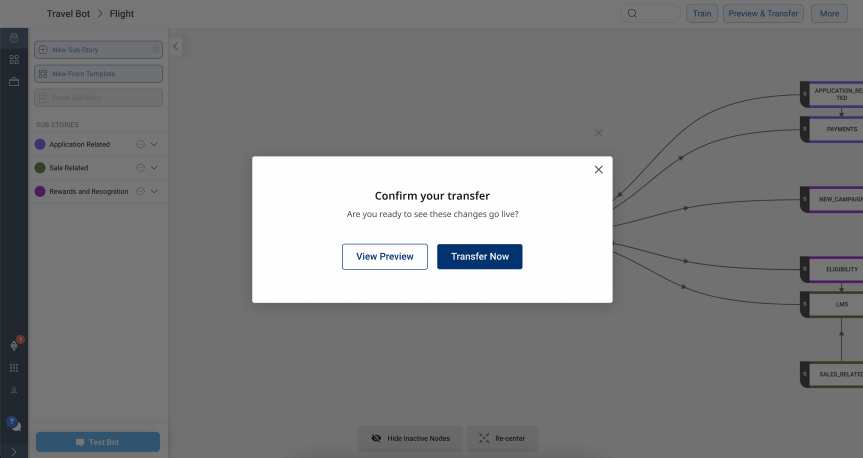 For the initial transfer, you will be able to preview all the Skill Sets, Skills, Nodes, Connections created on the bot.

The bot should be transferred again if there are modifications made after the bot is live.

Transfer will involve the following steps:

✔ In case where you are using Web SDK, you will need to update the Base URL according to the bot in production i.e., once you transfer the bot to production environment using View Credentials option you will find the new base URL which you can update in the JS Snippet.