How to access variables from the code on the Output step?

Every time we add a code step, there is some functionality that is added to it. And to enable the functioning, we use variables for storing the various types of data, like email id, username, user id, etc.

Let us consider this example, wherein a user is trying to create a ticket on the Haptik platform.

In the above image, we see 5 steps, namely:

So in the above image, the flow goes from Create Ticket step to all the Output steps.

Whereas, the System Error output steps direct us to the Try again step, which brings us back to Create ticket step. Well, this is a basic flow.

These conditions are added in the Connections, which determine which output step would be triggered next. As shown in the image below, if the Variable is Status, and its value is true, then it would trigger the System Error output step.

Similarly, there are conditions specified for other output steps as well.

Since Create Step is the Code step here, we would be using certain code in the code editor for making it functional. Now, the variables that we have used in this code step, if we want to access those variables in the Output steps as well, we would have to follow certain stages. 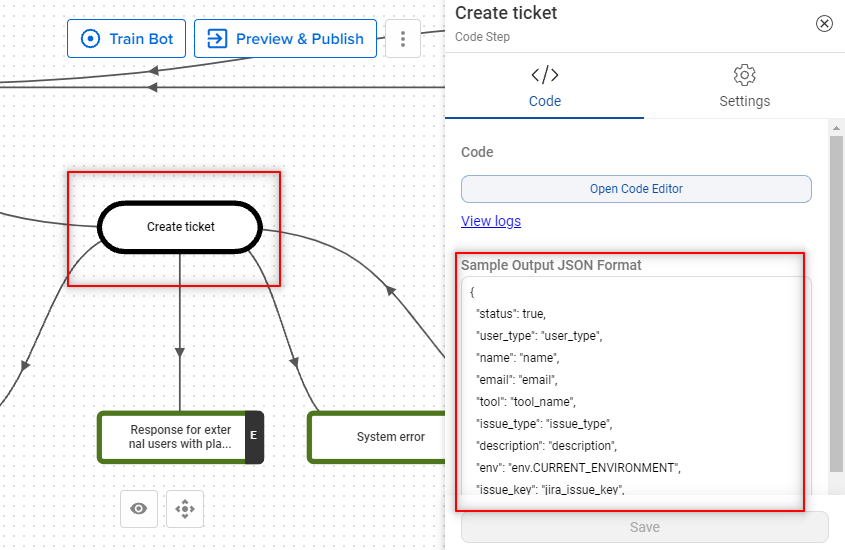 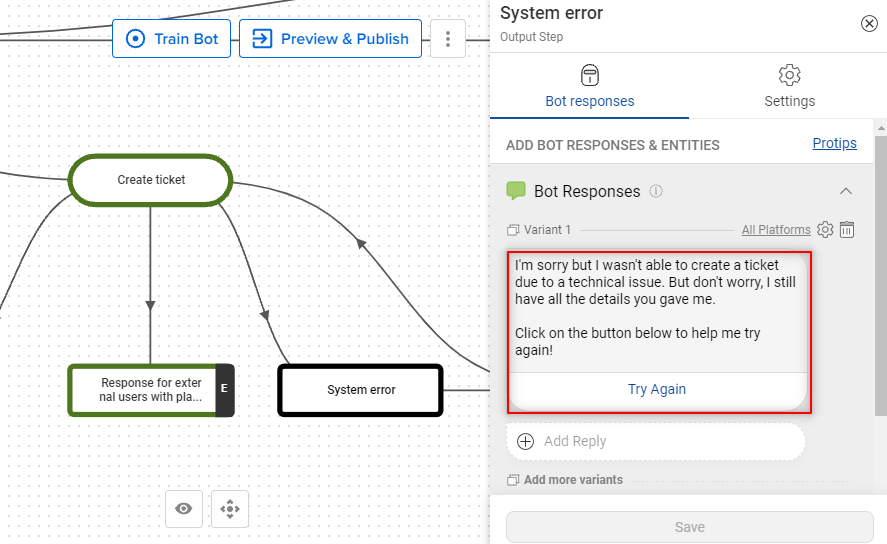 So, this is how you can access the variables from the code on the Output step.