To start building your first bot, log in to the Haptik platform using credentials that were shared with you via email. Once you've successfully logged in, navigate to the Conversation Studio Tool.

On Conversation Studio, create a new bot by following the process mentioned here.

After creating a new bot, create a new Story. To know more about Story, click here.

Within the story, create a new sub story. Every Sub Story handles one use-case. To know more about Sub Story, click here.

Nodes are the interlinked building blocks of a bot. Each node acts like a gatekeeper which detects user inputs, sends out appropriate responses, and directs users to the next node.

User says are the inputs from the user that the agent needs to interpret the user’s goal. It is important to add and train the bot with a variety of different sample user says for each node, so that the bot can identify the correct intents and extract entities from the user utterance.

Whenever a user sends a message, we try to understand what the user is trying to say using various Machine Learning algorithms and find the corresponding node. One of the key modules which is used for node identification is Intent Detection module.

Bot Says is where a Node stores the replies that are sent in response to the user's message. 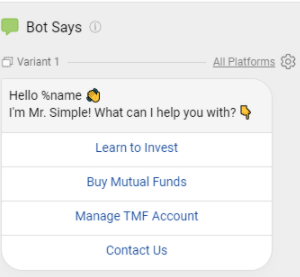 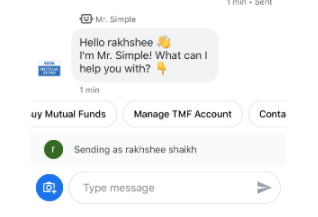 Taskbox is configured from the Google Business Communications Developer Console.