What is Bot Automation? 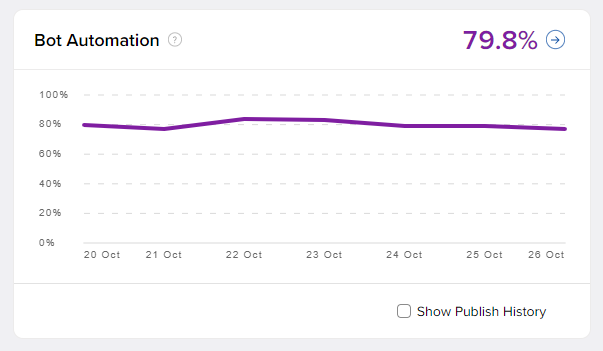 Starting 1st September 2021, this formula does not count conversations as automated where -

Below are the scenarios where bot breaks could take place -

Scenario 1:When a bot fails to answer a query that it was trained on

When a bot gives a smart assist message, it is not considered a Bot Break. You can read more about Smart Assist and its types here.

As we do not count Smart Assist as a broken message. In case you want to access these messages, you can follow the below stages- 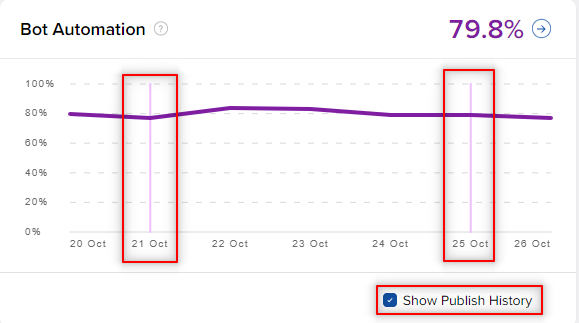 Bot Publishing is shown on the graph too with a vertical line along with a toggle filter to see the details with and without. Checking these lines on the graph will help us understand if there have been any changes in the bot's performance due to the bot publishing.