What is Query Completion?

Query Completion helps to track whether the bot is helping the end-user to resolve. A user's query is resolved on the bot when the user goes through the designed bot's journey and reaches the end of the journey. 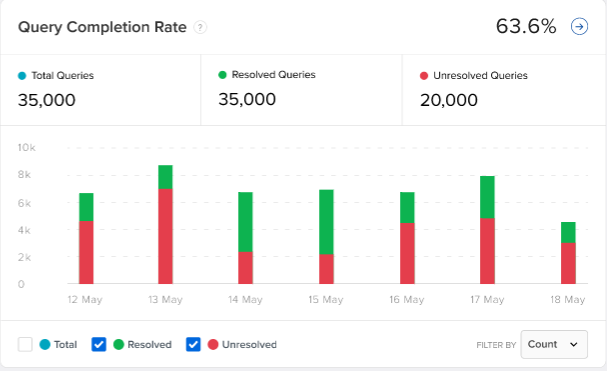 A new query begins as soon as a user hits the start step on the bot. Query Completion is calculated by checking if the user has reached the end (a step which is marked as End of Query) of the user journey.

What is calculated in Query Completion?

Query Completion Rate - the percentage of times the user was able to get their query resolved within a conversation.

Resolved Queries - the number of instances when users reached the end of the query and got an answer to their question.

Total Queries - the number of instances when a user asked a query and a start step was detected.

Unresolved Queries - the number of instances when the user did not reach the end of the query.

In the above example, when the user starts their conversation at Broker Start and traverses through Premium Query, here one 1 query will be initiated and after reaching the end of the journey, the query will be marked as resolved. 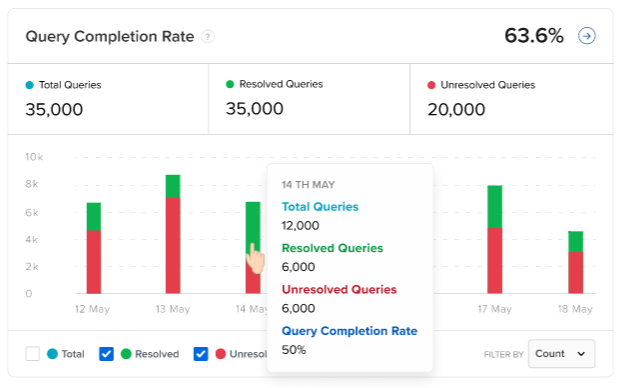 When you can compare the Query Completion metric for two distinct durations. 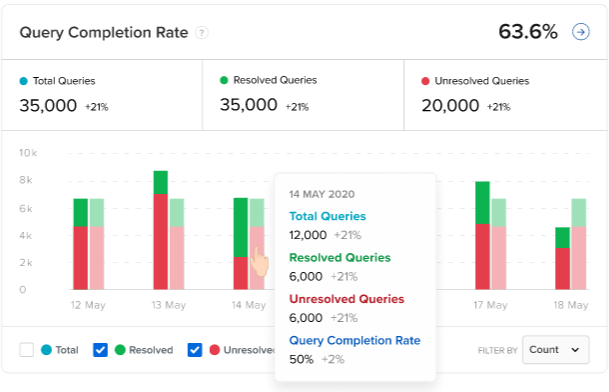 You change the graph by changing the Filter by option to percentage to view a line graph. 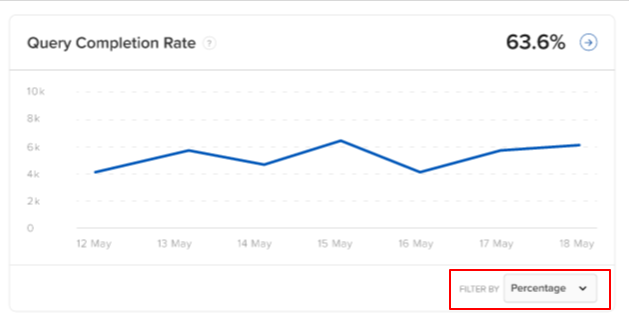 When you click on the -> icon, you will be redirected to View Conversations page of Message Analysis section.