What is the structure of a bot response?

Each of the above response (Bot Responses, Entity Response, Final Response, and Follow Up Response) are composed of the following: 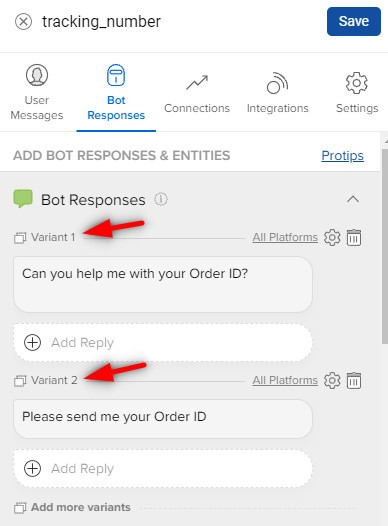 When showing variants, we now also show the platforms enabled for that particular variant. Clicking on it opens a small tooltip that allows you to add/remove platforms or just select the platforms for your variant here. If you select a platform like WhatsApp, this variant will be sent to users when they are accessing the bot on WhatsApp. 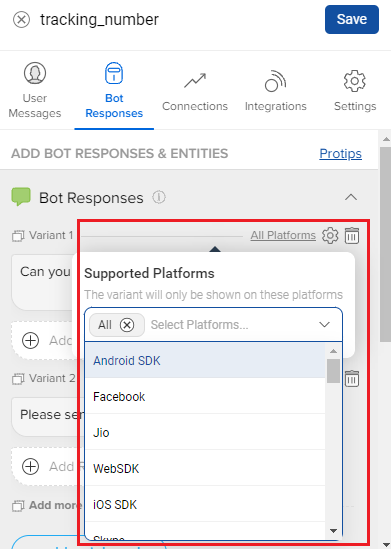 The limitation here is that the flow must be the same across platforms.

You can use the HSL builder to simplify the creation of complicated responses like Carousel, Images, and Buttons.

You should use Quick Replies to help the user navigate within a flow.