How to ensure Zendesk Chat integration is working properly?

How a new chat is assigned to an agent?How does the chat between user and agent end?How can an agent, transfer his chat to another agent?How files could be shared?

Once you have done the integration, it is time to check if it has been done properly. You can check it by going through the following -

Consider, a user has initiated a conversation with the bot, and it is going well so far.

At any instance where the user wishes to chat with an agent to get his queries resolved, he would be directed to the Agent.

How a new chat is assigned to an agent? 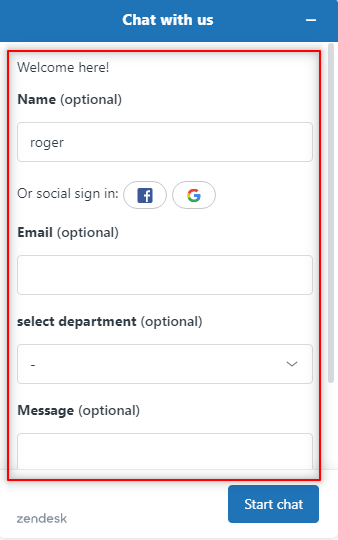 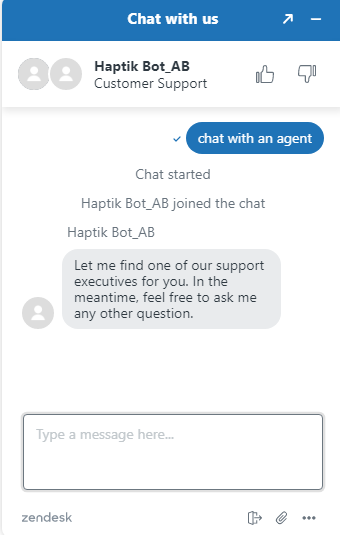 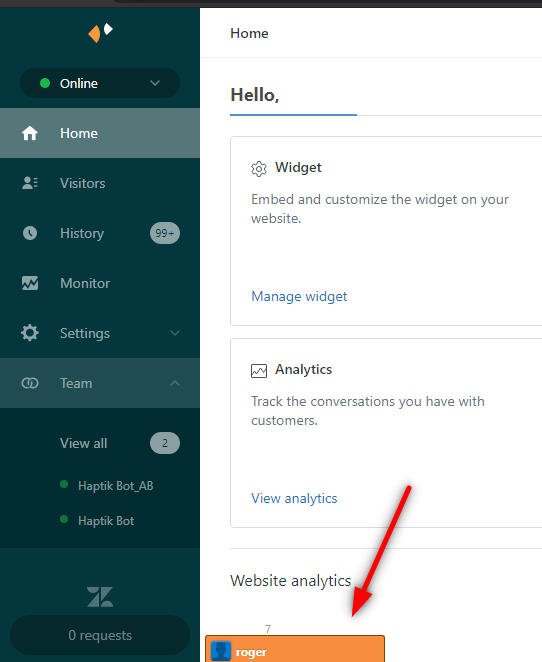 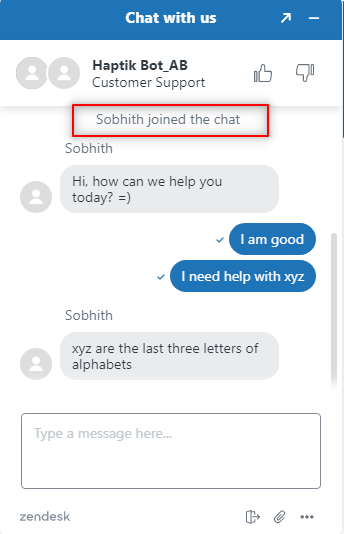 How does the chat between user and agent end?

How can an agent, transfer his chat to another agent?

How files could be shared?

So, if you are able to perform the above process, you can rest assured. Your integration is successful. Congratulations!

For a bot to integrate with Zendesk Chat integration, it will require an agent seat, i.e. a bot is treated as another agent.