How do Haptik's Multilingual Bots function? 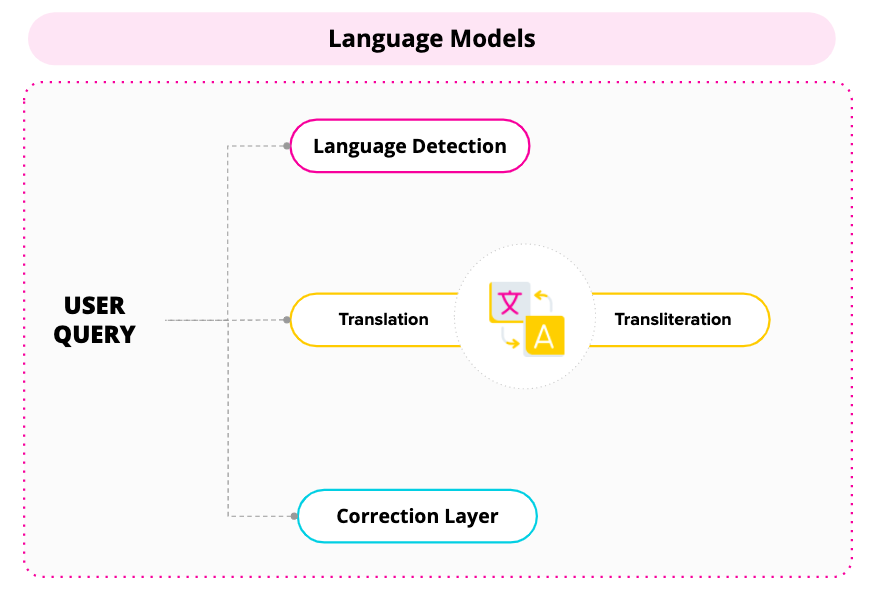 So basically, when a user enters a query in a non-English language, the stages that the bot would go through are:

Let's understand this with an example. 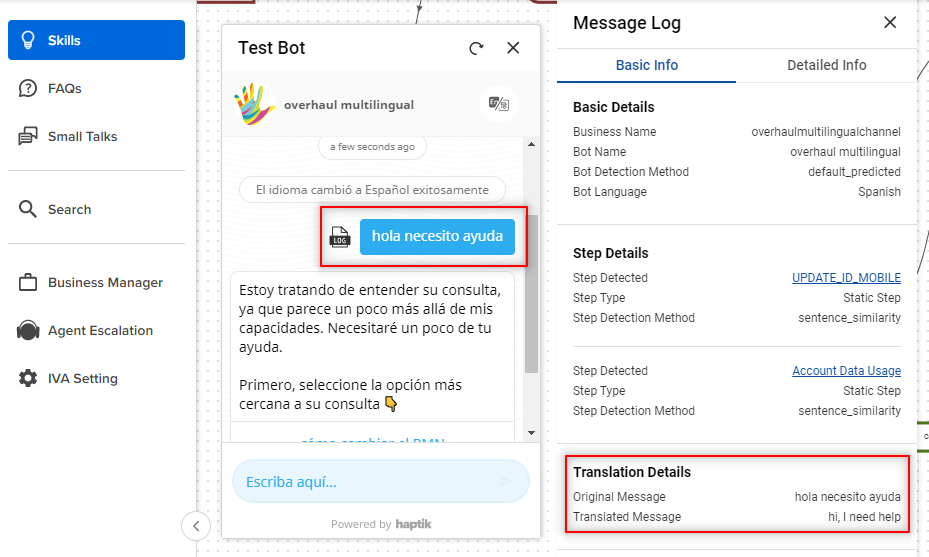 Now, once the Bot has understood the user's intent post-translation, it's time to send a response to the user. 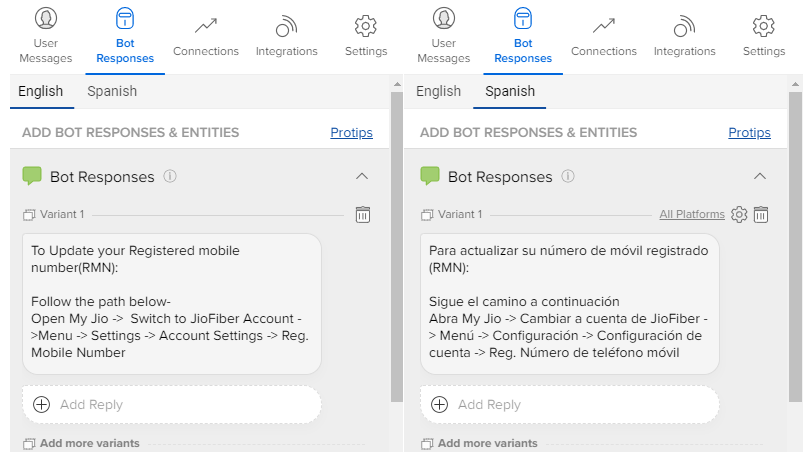 In Bot Response, the bot does not auto-translate the English responses to the respective languages. It is you, who would add those responses as Bot responses individually.