How to build Multilingual bots?

Why do we need a multilingual bot?

IVAs enable you to interact with your customers in a smarter, faster, and more engaging way. And when equipped with the ability to converse in multiple languages, they enable your brand to overcome geographical and linguistic barriers to open up new markets and reach a wider audience.

Multiple IVAs vs one IVA

Creating a whole new IVA for each native language isn’t feasible nor pocket-friendly. A single chatbot that can operate effectively in all the languages is what is needed!

We believe it would not be feasible to develop a new chatbot for every new language to be added. Particularly since any changes made to the chatbot in one language needed to be implemented across all languages. Maintaining and updating the bot would be far more efficient if changes could be made to a single bot and applied across all the languages it supported.

Essentially, this means that when our multilingual chatbot switches from one language to another, the only things that change are the User Responses, Bot Responses, and Entities – the elements that are directly concerned with language. The rest of the underlying bot framework stays the same. A system like this makes it significantly easier to scale up the number of languages a bot can support over time.

How to create multilingual bots?

To start with, you would need to create an English bot. Add the desired languages on the bot and provide bot responses in these respective languages.

Follow these Stages to create an end to end, multilingual virtual assistant -

Under Edit Bot, add languages of your wish from the drop down. You can add multiple languages at once. There is no restriction in adding any number of languages.

If you want a language not present in the list, get in touch with your Haptik SPOC to enable it for your IVA.

Default language of an IVA is English. If you want to make a language other than English as default language for the bot, you can use initialize-language configuration while integrating your bot on the website. You can read more about it here.

Under a Step, provide Bot Response in the selected languages. 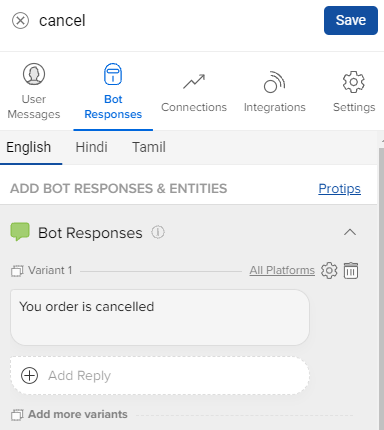 Bot Response in all the languages should be provided before hitting SAVE. Languages with empty Bot Response will have a Red dot on them for identification. 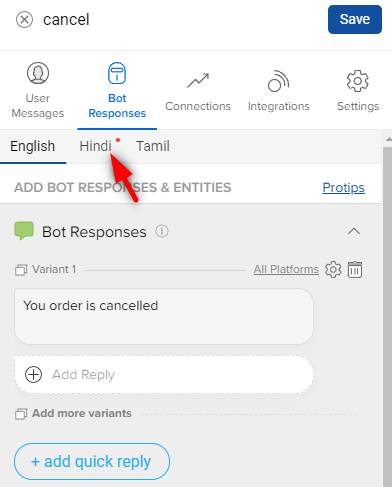 Bot Response is NOT auto-translated in any language. You would need to provide Bot Response in all languages. 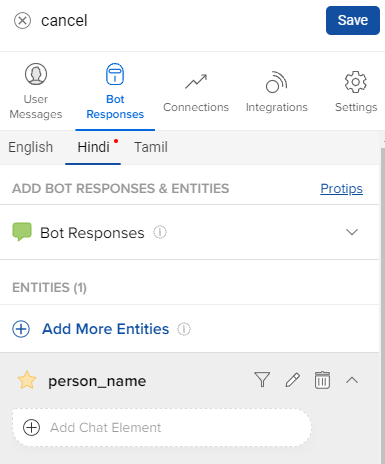 You can add language specific Entity Reprompts too.

On your Business, add the language-specific Menus and Bot Break Messages under Content Management.

You can also add language-specific SDK configurations (If required).

FAQ Steps and Small talk are currently not supported in multilingual bots.

For words that need some specific translation values, you can use Glossary to improve the understanding of those domain-specific terms and increase the overall accuracy. This can be done for all selected languages.

The Glossary CSV will help you provide the specific translations. You can download it and provide your own translations of those specific terms and upload it back. 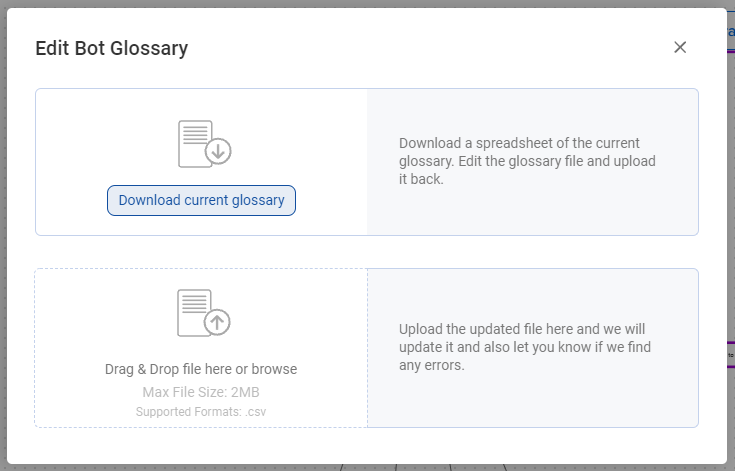 All types of entities are supported for multilingual bots, there is no restriction in its usage.

There is no need to add dictionaries in multiple languages.

You only need to add Entity Reprompts in all selected languages and if there are any domain specific words, they need to be added to the Glossary.

You can use the same debugging window for testing multilingual bots. Both original and translated messages will be shown so that you can verify the cause of a particular step is 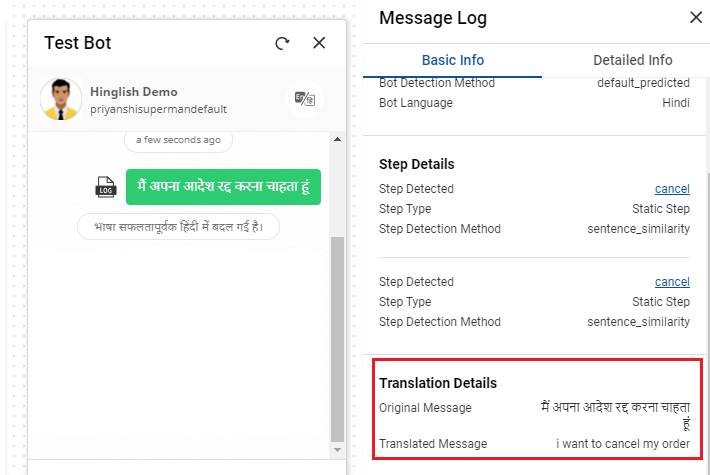 When the user explicitly mentions I want to switch to Hindi language, you can use the Switch language Smart Skill to handle it. You can find the skill under the Generic category inside the Skill menu. You can open the Skill menu by clicking on the New from Skill button on the LHS menu of the Conversation Studio graph builder.

You can click on Add Smart Skill to start using it.

The skill comes with an in-built logic and flow to switch between 10 languages. You can add the template to your bot and disable the languages that are not needed. It enables a user to switch language through the bot flow instead of using the UI.

Users can initiate the language change flow by saying something similar to "I want to change my language". Post this, the bot presents the users with options of which language to switch to.

When the user changes the language to Arabic, the bot will mirror itself and all the messages can be read from the right to left.

How do multilingual bots look? 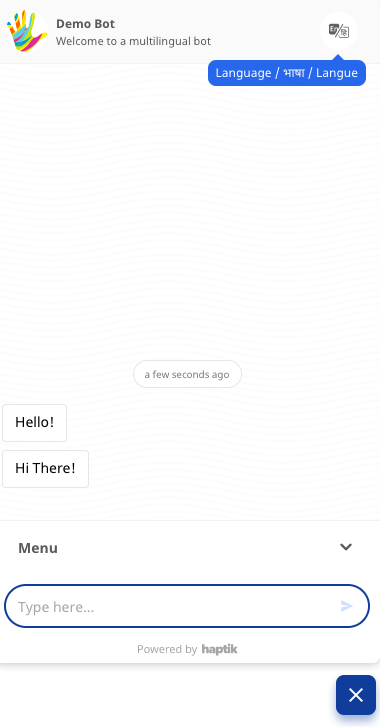 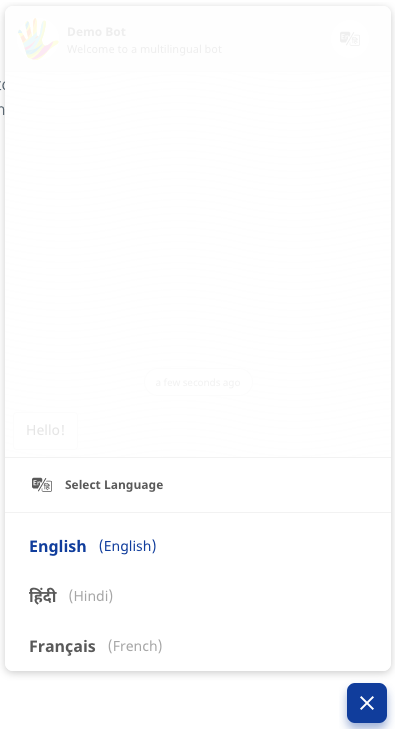 And you are ready, start having a conversation with the bot in your choice of language.

If the users come to the bot and start conversing in a language other than the default language of the bot, and the bot is not able to comprehend the user's language, that is considered to be a bad user experience. We add additional load on the user if they have to change the language on the UI manually or by going through a bot flow. To resolve this problem, the user's language should be automatically detected.

The language detection API identifies the user's language, automatically switches its language and starts to respond in the same language. The bot will follow the first three messages sent by the user and tries to identify the language of the user.

This API only detects the language in the first three messages sent by the user.

If the user's first three messages of a conversation are less than two words and are not in the bot's default language, language auto-detection would not work and the bot would break.