How to configure Small Talk section?

You can navigate to Small talk on Conversation studio, as shown below -

Small Talk module kicks in when users ask questions such as Who made you? Are you a robot? and so on.

For all the 99 intents mentioned above, the Haptik platform provides a default response as per multiple personality types, namely — GENERIC, FORMAL, FUNNY, CASUAL. Amongst the 4 small talk personas, GENERIC is a semi-formal persona that works for most enterprises.

These personas should be selected basis your IVA audience. That is as per your target user, you'd want the small talk responses to be casual or formal. This means the small talk bot response copies we created, are as per the different personas of bots. You choose the small talk persona while creating a bot.

Step 2: In IVA Setting, select the Advanced Options as shown -

Step 3: The Personality field present in the dialog box can be selected to change the personality of the SMALL TALK responses 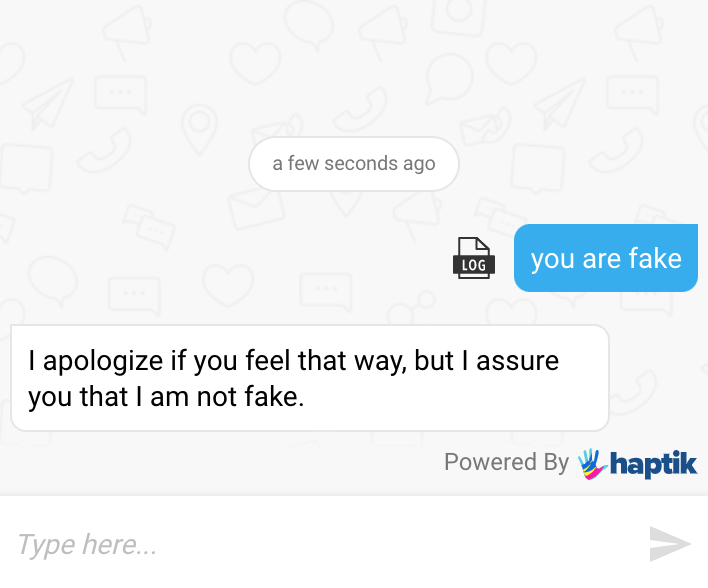 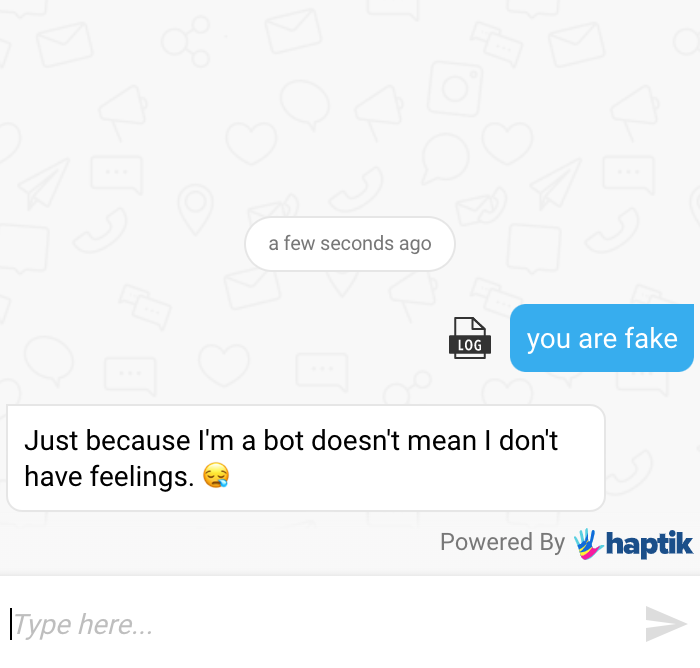 Step 2: A dialog box opens up which has a number of fields. The values of the fields can be configured per IVA.

The points mentioned below describe various fields and their usage. The SMALL TALK module picks up values of various tags from these fields to populate the content. The tags can be customized per IVA to give an appropriate response to the User's Utterance.

The images below show how the above functionality works. The “Name of the creator/company” parameter has been changed to SUPERMAN. 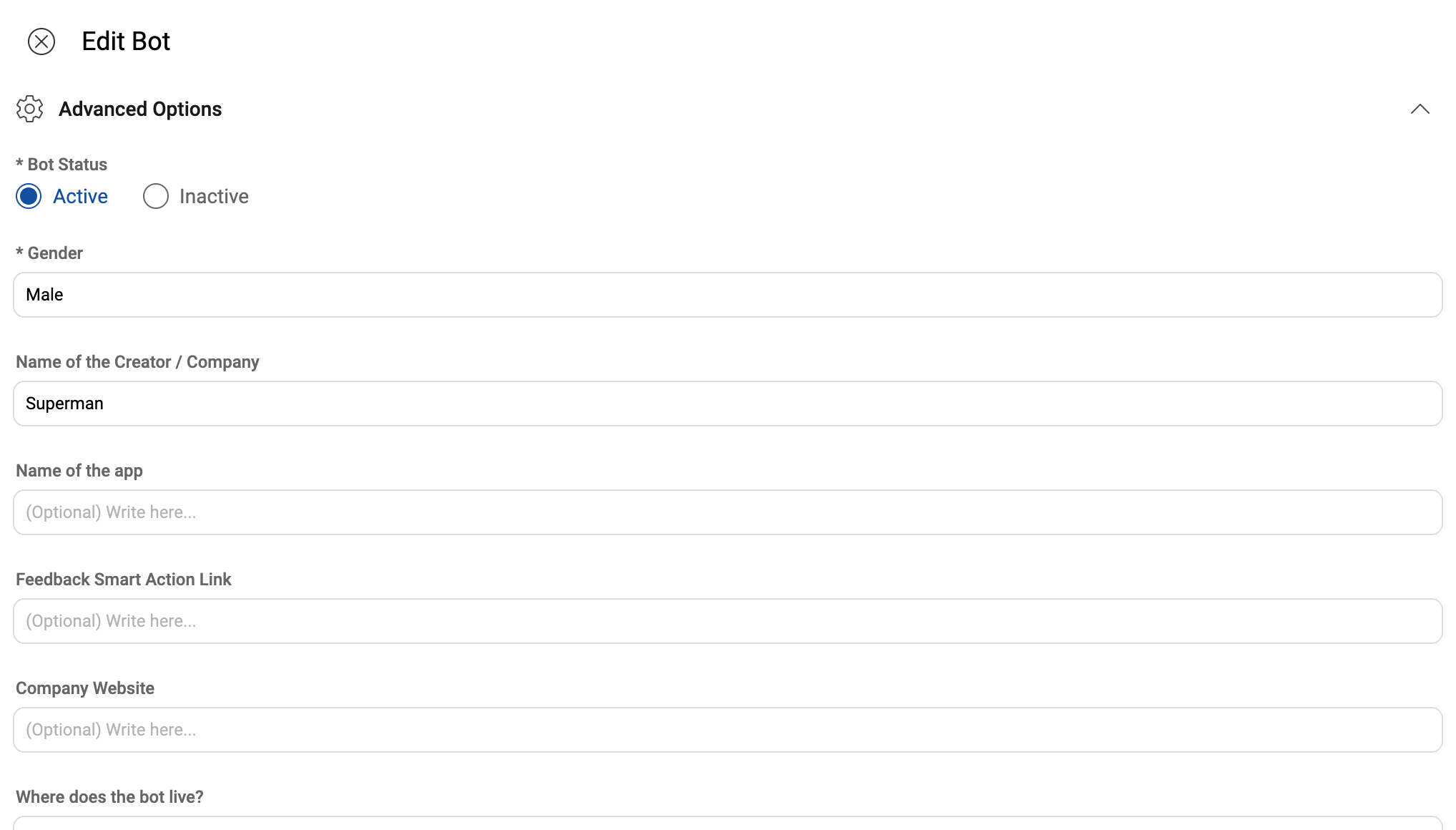 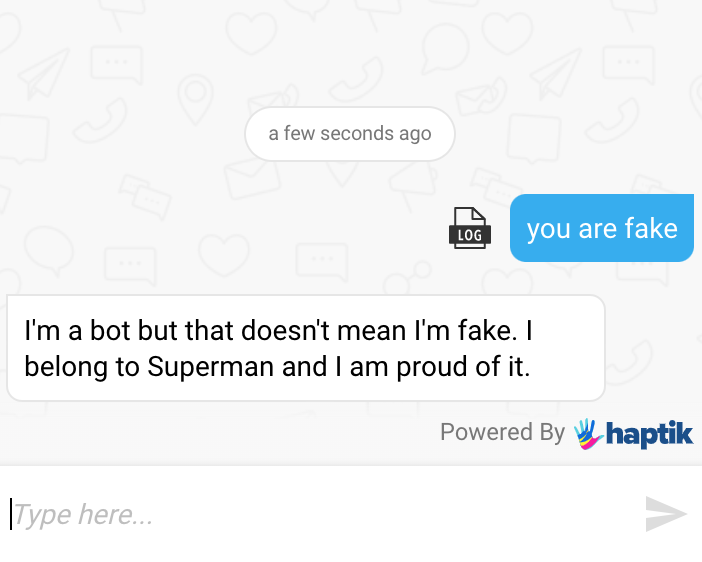 Step 2: On the given page you can edit the IVA Response. The platform also allows multiple variations for IVA responses to be added to each Intent. When such an Intent is detected in User Utterance, the IVA randomly picks one Bot response to respond to the User.

Step 2: If you do not want a particular intent to function, then you can deactivate it as shown below.

How does Small talk function?

Illustration 1: In the below image, a START STEP “Tell me a joke step” has been made.

The Intent of the step Tell me a joke is similar to a SMALL TALK Intent SHARE_JOKE, as seen in the image below.

When a user sends an utterance “Tell me a joke real quick”, the START STEP was chosen to reply, rather than SMALL TALK intent SHARE_JOKE.

The below conversation illustrates START STEP getting priority over SMALL TALK in responding to the User Utterance. 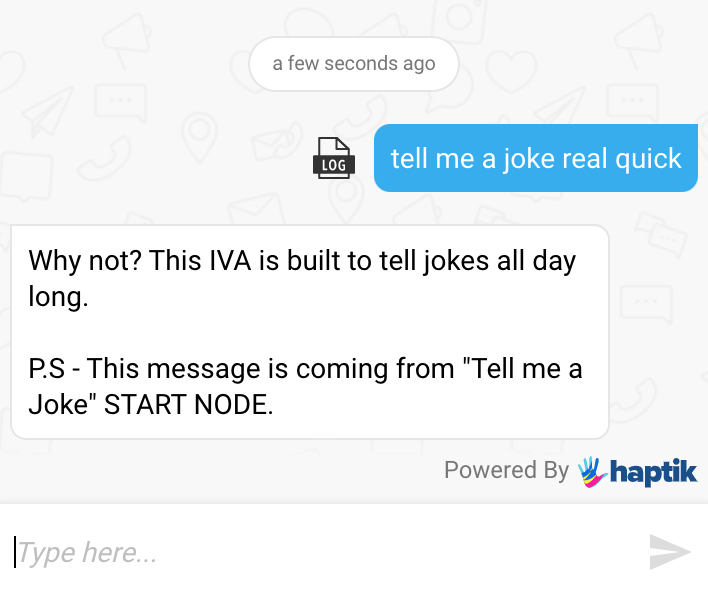 Illustration 2: A 2 step-deep flow with ABOUT_HAPTIK being a START STEP and HAPTIK LOCATION being a DEPENDENT STEP. 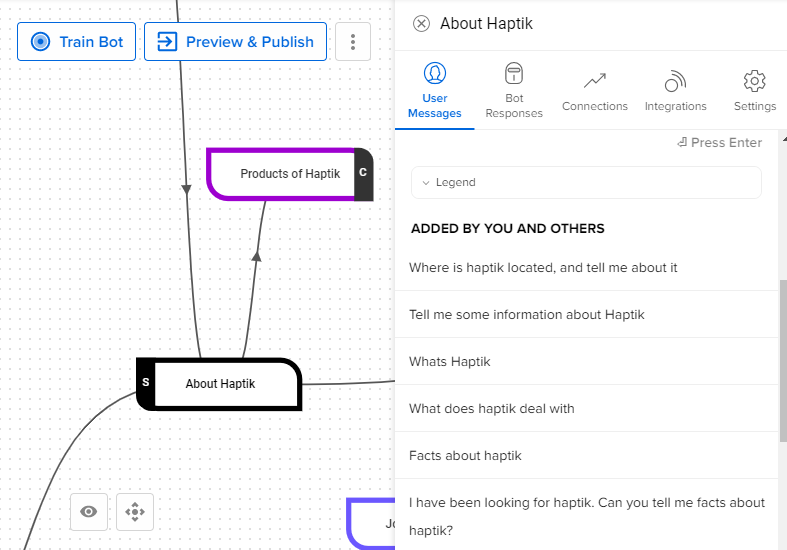 The image below shows the conversation. The User Utterance "About Haptik" is responded to from the ABOUT_HAPTIK START STEP. 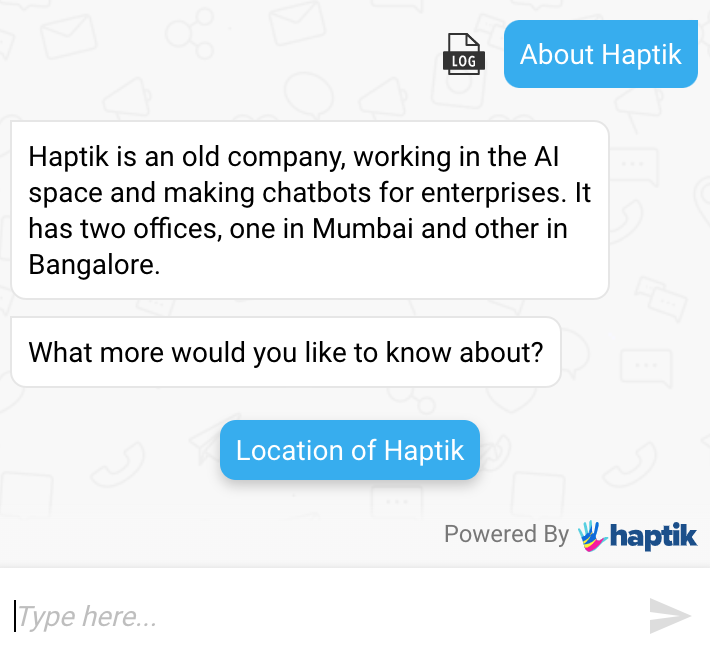 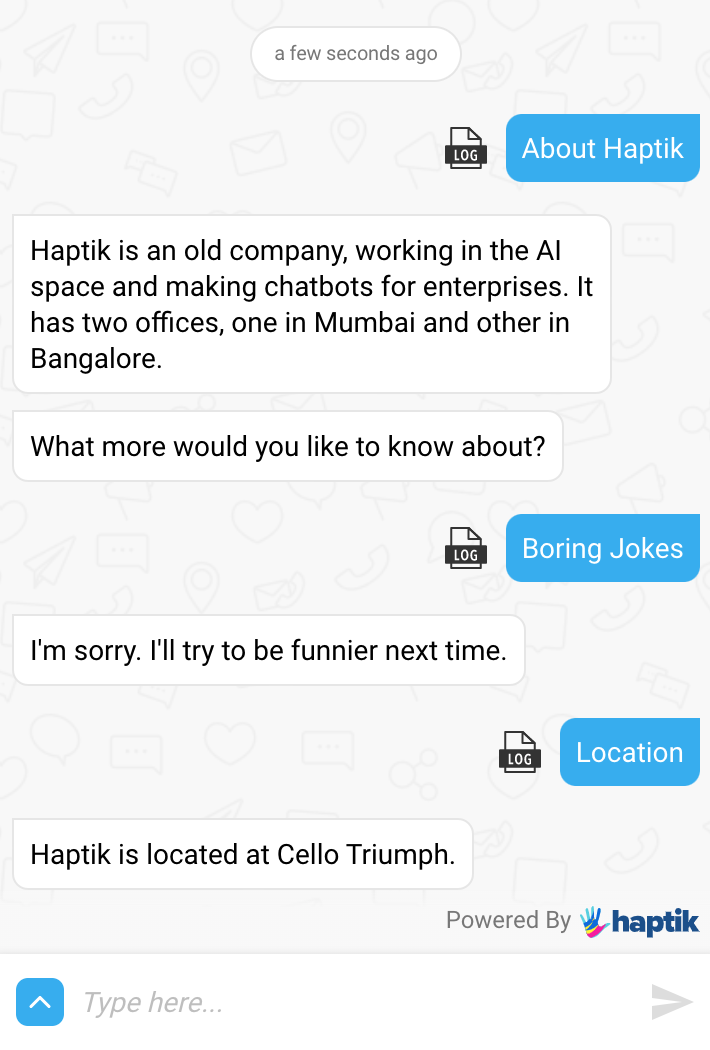 CASE 3: IVA not losing context when SMALL TALK triggers in the middle of Entity Collection — During a flow where an entity is being collected, the IVA doesn’t lose context of the original conversation if a SMALL TALK related intent is triggered by a User Utterance. The feature is being shown below.

Illustration 3: Illustrated below is a 2 step-deep flow with CAREERS_AT_HAPTIK being a START STEP and CITY_JOBS being a DEPENDENT STEP. 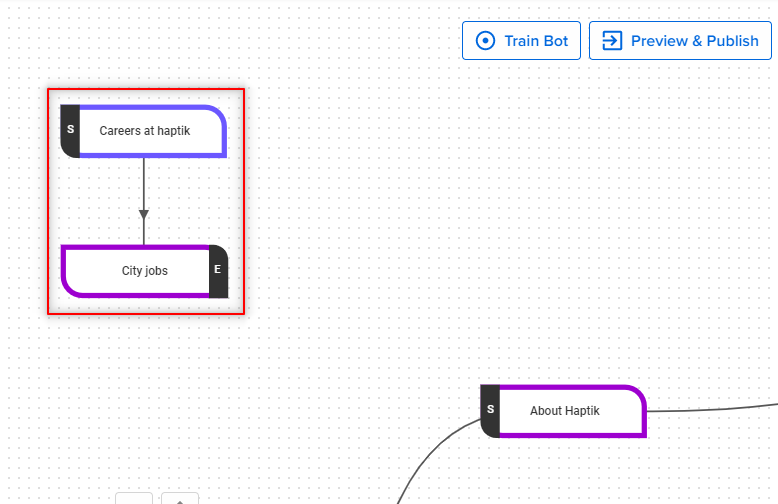 As shown below, The User Utterance “Jobs at Haptik” starts the conversation and the IVA responds from the Careers at Haptik START STEP. However, if a user sends a SMALL TALK related utterance — “No Thanks”, the IVA didn’t respond with SMALL TALK, but instead with an entity re-prompt to make one more attempt at nudging the user to provide the entity value.