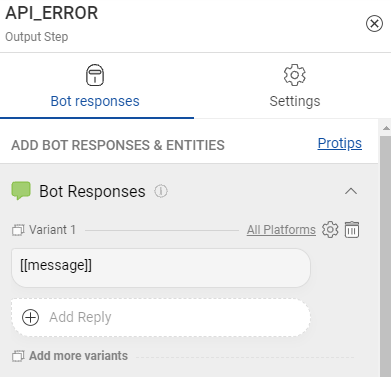 Use Raw Text/JSON HSL to use variables as bot responses. 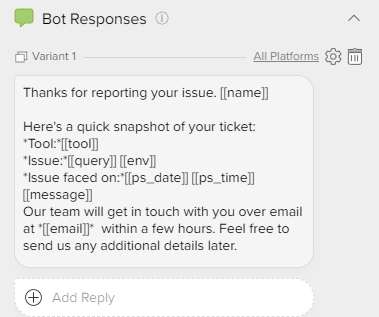 After creating a connection on the basis of variables, you can directly show a static Bot response, as shown below - 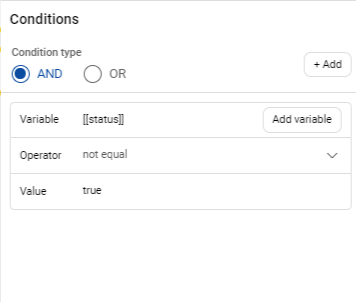 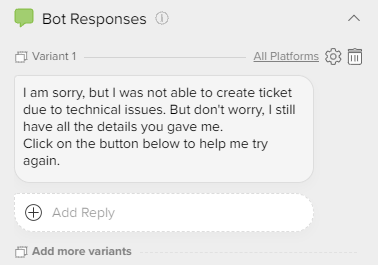 The output JSON variables are visible when we click on Add Variables while creating a connection between the Output step. 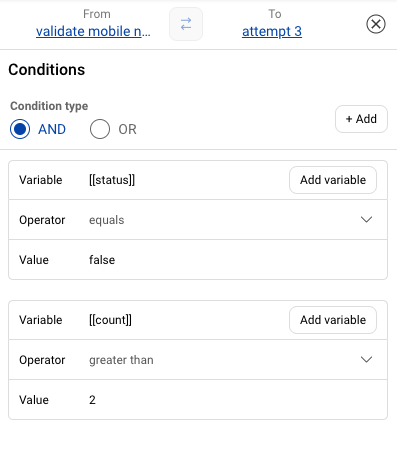 The output JSON variables are also visible when we click on Add Variables while creating a response under bot response of Output step. 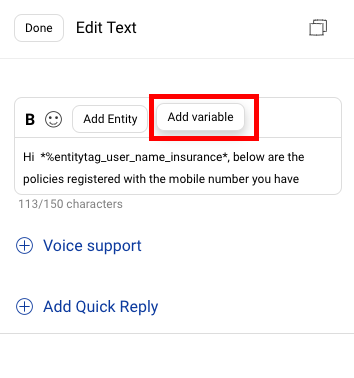