How to change language on the bot screen?

A user visiting your bot, might not be comfortable having a conversation in English. In such cases, the user might want to switch the language of the bot from English to the language of their choice. In order to do so, the user can make use of the Language Switcher icon on the bot.

For a user to be able to use this feature, you should have deployed a Multilingual bot. You can read how to create a multilingual bot, here.

With a Multilingual bot, you can actually configure multiple languages for your bot, and through the Language Switcher icon, the users can switch the bot's language. It is a very useful feature that gives language control to the users, so that they can start a conversation with the bot, in a language they are comfortable in.

You can see the Language Switcher icon, right beside the composer, as shown. 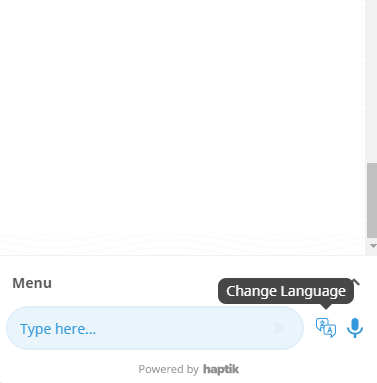 When you click on this icon, it will give you the language options, as shown. 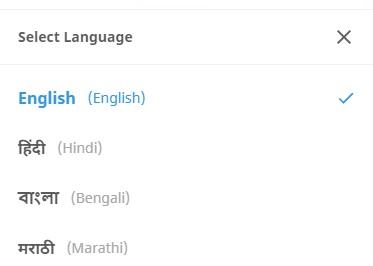 When you change the language, the same is notified in the conversation as well. Here, in this image, the language was initially changed to Hindi(Hi), and later it was changed to English(En), and the same has been mentioned on the bot screen. 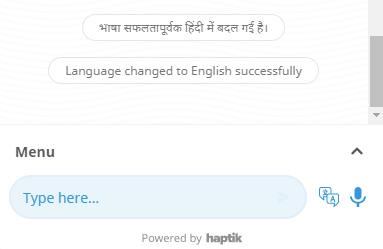 The Language Switcher icon will be available when the user is conversing with the bot. If the user requests to chat with an agent, this icon will not be available.