How to analyze Team Data on Smart Agent Chat?

How to analyze Team metrics?

You can filter the summary and agent metrics by Custom time or Custom date. Refer to the image below for how to check hourly/daily Team analytics. 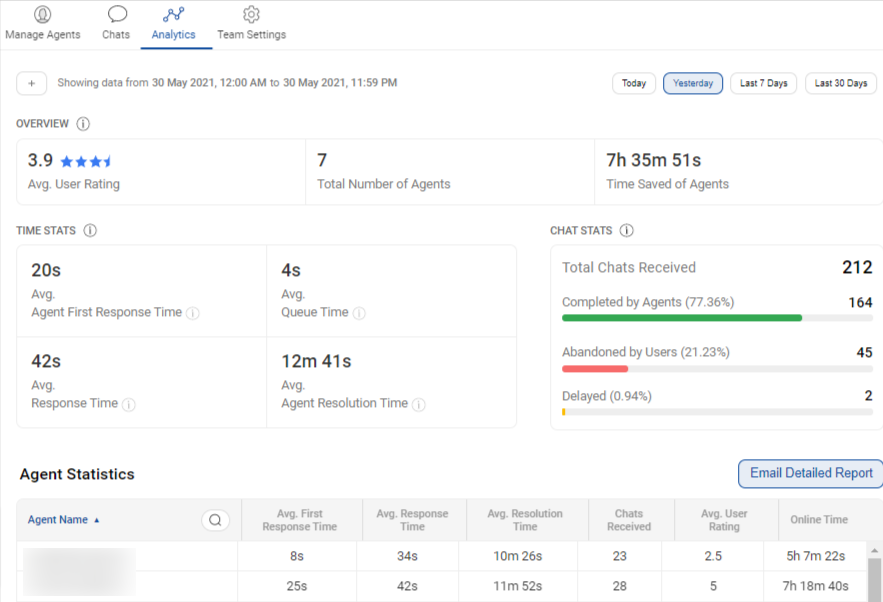 Tip: You can choose hourly slots on a date in the Time picker to get the metric values for the chosen Date and Time. 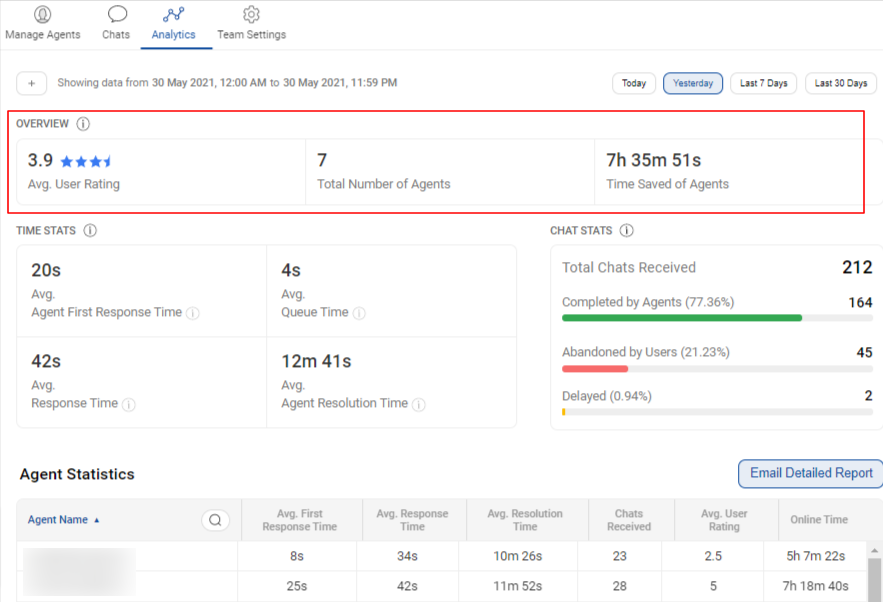 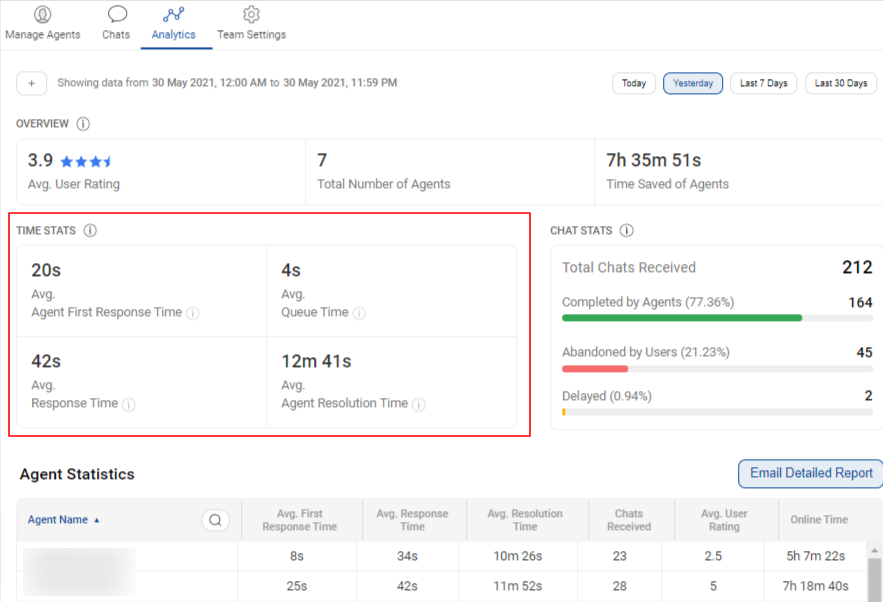 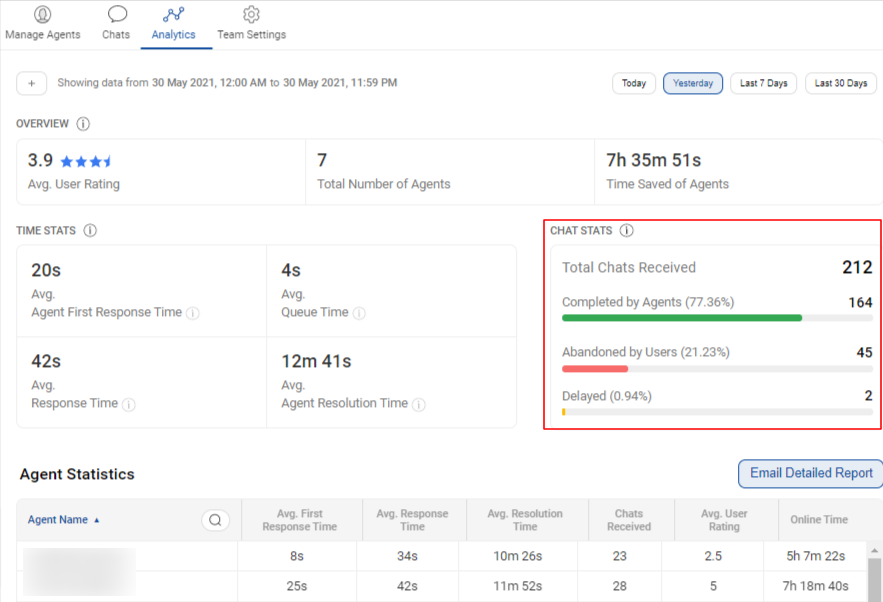 When agents are in an online state and they have pinned chats, they would not get new chats assigned, as they are capped at their concurrency limit. So, we could get scenarios wherein, we have agents online but they don't get new chats and other metrics such as FRT, Resolution Time, etc. are absent. This happens because the agent is not closing chats and is capped at their concurrency. This concurrency cap is the maximum allowed chat count that an agent is allowed to take at any instant.

You get the detailed agent report as per your timezone from a UI click. You can download the agent report. This is allowed for a maximum of 30 days. Also, there is a timezone drop-down using which you can choose the value as per the needs. 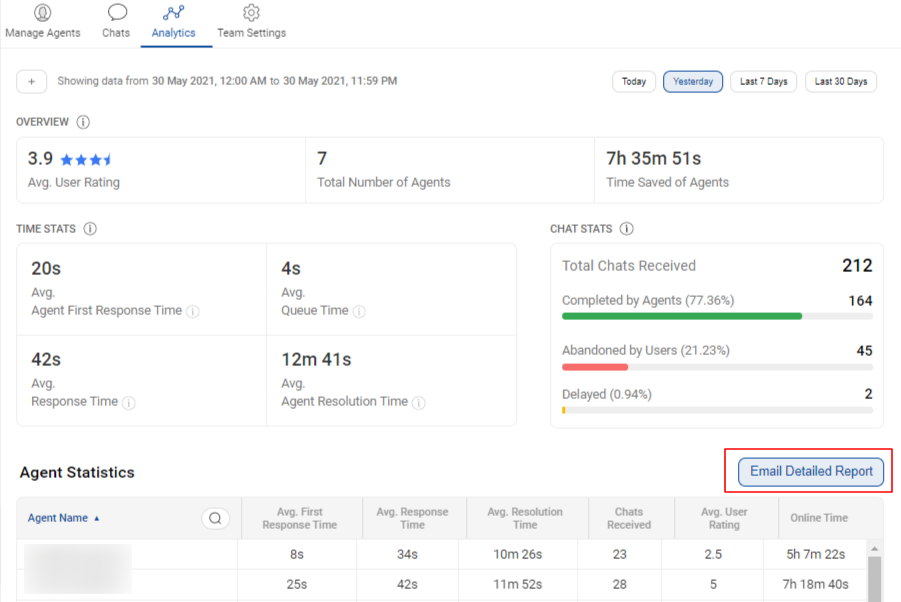 You would be able to download the detailed agent data report from the above-shown screen. You can email the report to your id. 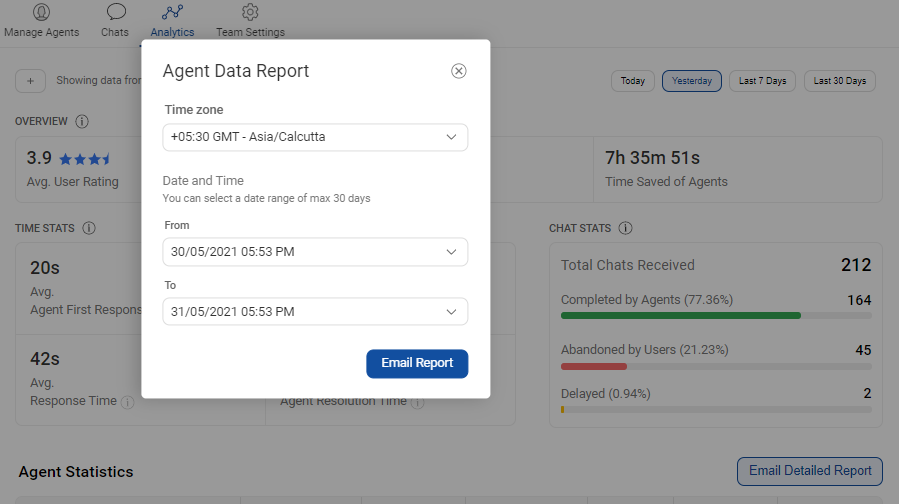 Tips to Manage a Team

✅ Track No. of Delayed Chats and optimize agent strength per Team

✅ Track No. of Live Chats received at a given time

The conversation on our system is counted within a window of 24-hour from the time it was initiated. You can read more about it, here.

But, though the conversation is marked complete after 24 hours on the bot, it is made sure that the agent-level metrics are updated on a real-time basis for the teams to analyze, as and when the agent clicks on Chat Complete.