How does Feedback collection mechanism work?

How does the Feedback module gets triggered?

On reaching any of these steps, the feedback message "Was I able to help you? Yes or No?" is sent by the platform. If the user replies with a yes or no, the feedback journey gets triggered and the user is taken through the next steps as per the feedback flow.

Can we change the "Was I able to help you?" message?

If your Bot is multilingual, the language equivalent of Was I able to help you? will be sent. It is a system message, meaning you need not add it for every step.

You can also configure the time delay, for the system message to be triggered through Business Manager > General Settings > User Feedback.

How does the Feedback collection mechanism work?

The bot would ask Was I able to help you?, and the answer to this would be either Yes or No. 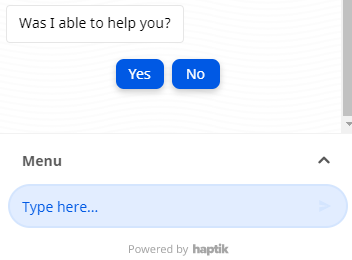 If the user messages No, we take feedback as 1. The bot was not able to help so the rating is 1. Further, the bot tries to take qualitative feedback (comments) from the user, as shown. 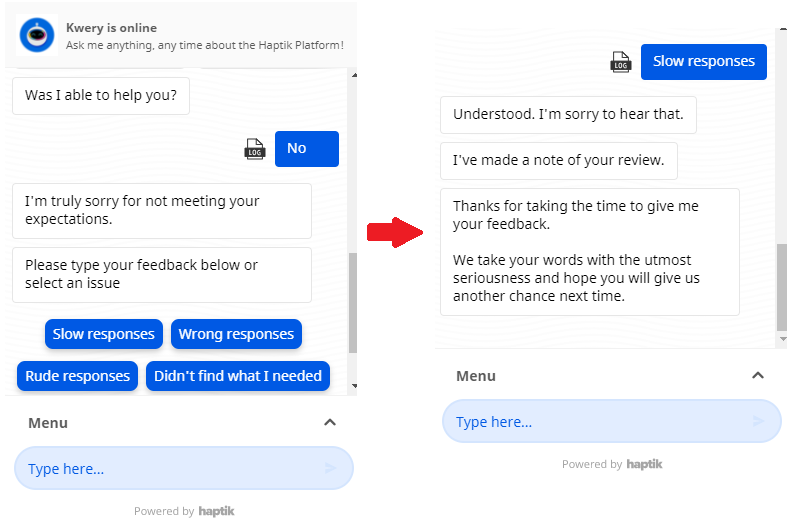 If the user messages Yes, the bot would ask the user That's good to know. On a scale of 1 to 5, how would you rate the overall experience?

For every rating, that the user gives, there is a response available with the bot, so as to maintain the flow for collecting the feedback.

Now, if the user gives a 4 or 5 rating, the bot would respond in the following way - 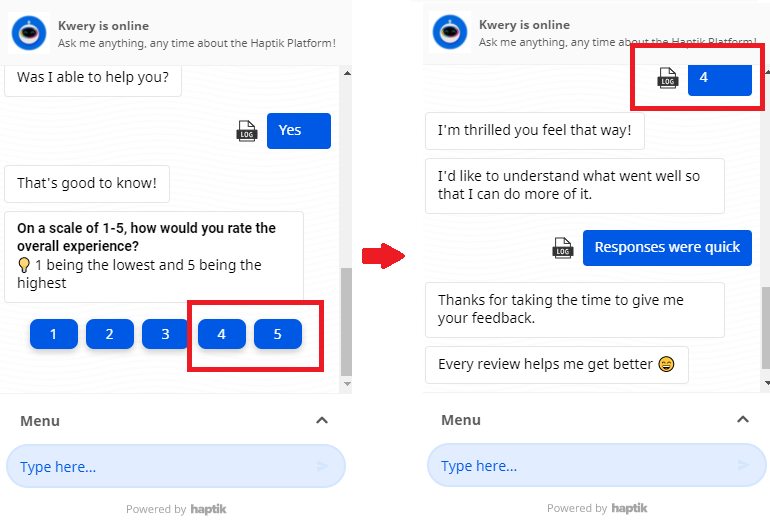 If the user gives a 3 rating, then the bot would respond as follows - 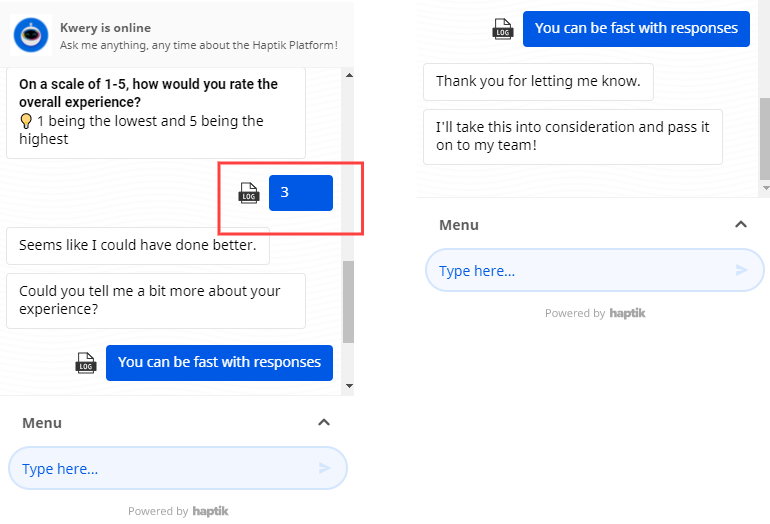 If the user gives a 1-2 rating, the bot would respond apologetically, and the flow would be as follows - 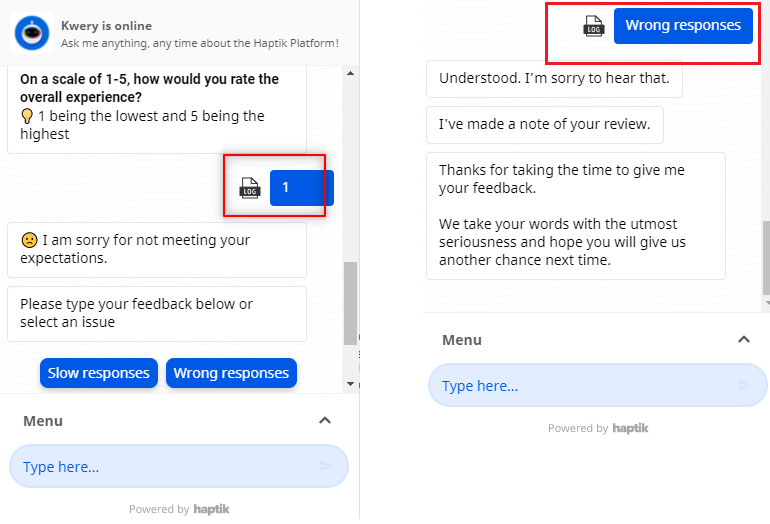 Basically, on every touchpoint, we take quantitative feedback on a scale of 1 to 5 and then, we try to take qualitative feedback through the responses. This maintains the conversation flow.